How To Choose The Right Used Car

Choosing the right used car can seem like a straightforward task, until you begin to walk through a used car dealership and consider the many choices available. As a buy here pay here Gainesville used car dealership, Paul West Used Cars simplifies the car buying process.  Whether you’re shopping for your teenager’s first car or a car for yourself, Paul West Used Cars in Gainesville, FL, discusses the best used cars for several life stages. 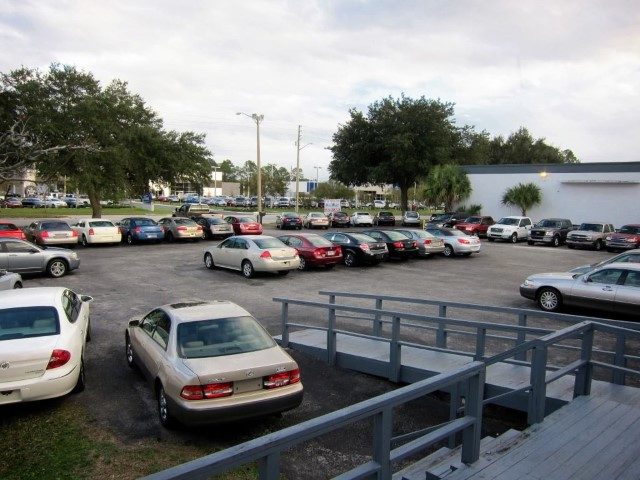 Gainesville car dealers know that any used car for teenagers needs to meet particular requirements, usually set forth by the parents. Here are our four picks for the best used cars for teens.

The Ford Fusion lends itself across various used car categories, including one of the best for teen drivers. The 2013 and newer Fusion has Ford’s MyKey system which allows parents to set up a special key which enables limits on Bluetooth phone use, radio volume, and speed. Plus, models from and newer than 2013 also have antilock brakes, electronic stability control, and traction control as standard features.

Though the Hyundai Sonata came with side curtain airbags and electronic stability control as standard features as early as 2006, newer used models have even more safety features. The Sonata is also known for its fuel efficiency with the hybrid edition earning upwards of 40 miles per gallon.

The Honda Civic has long been synonymous with teen drivers for several reasons. First, Honda’s overall reputation for reliable cars has long included the Civic, giving parents peace of mind their young driver won’t be stranded with a broken down car. Second, high fuel efficiency means teens won’t have to spend all their money on gasoline. Third, the Civic continually scores high on the top automotive safety lists, which is one feature parents and teen drivers can both agree on.

Students at the University of Florida and Santa Fe College need used cars that are affordable, reliable, but also have technology features such as Bluetooth technology as standard options.

The 2004 and newer RAV4 models have electronic stability control, which helps drivers maintain control of the vehicle during a loss of traction event. This small crossover vehicle also has plenty of cargo room and high fuel economy ratings.

The Chevrolet Cruze slowly sips gasoline, which is great for budget-conscious college students. Since its introduction in 2011, the Cruze has averaged around 30 miles per gallon or more, when the city and highway mileage was analyzed.

Since it’s introduction in 2004, the Mazda 3 has received high and consistent marks for its reliability and safety features, making it a great choice for college students. With sporty styling across the trim levels, college students won’t have to forego aesthetics for a dependable and budget-conscious car.

For many families, the ability to transition from car seats to booster seats to none at all, without issue, is an overarching requirement in a car. With added features that protect the entire family and keep affordability in mind, Paul West Used Cars found these three cars frequently surpass the needs of families.

With room for seven people and a refined appearance, the Hyundai Santa Fe has steadily added safety features over the years, making it a great option for families. Most owners also report few breakdowns and reliability issues with this SUV.

The Honda Odyssey doesn’t lack spaciousness or engine power, two common features families need in a vehicle. Safety features are also characteristics important to families. Odysseys made in 2014 and later feature reinforced front structures, while used models as old as 2011 have rear backup cameras. Plus, many families appreciate the built-in vacuum cleaner.

You won’t have to give up fuel efficiency for interior room with the Toyota Camry. A longtime staple of midsize sedans, the Camry is known as a dependable and long-lasting car. Ample trunk space allows for hauling sports equipment, book bags, and more. Families who use car seats find the Camry provides plenty of room for installing the seats while also moving children in and out of the vehicle.

When it comes to used cars, Gainesville, FL, singles and couples have a lot of options. Some drivers need a reliable car to commute to work while others want a little more room for hauling supplies for weekend projects or outdoor activities. Here are our four choices for the best used cars for singles and couples!

The Acura TL offers great handling, a sleek design, and fuel economy that works well with any income. Plus, this luxury sedan receives praise for dependability from its parent company, Honda. Beginning with the 2009 year model, the TL pairs sought-after features, such as Bluetooth wireless connectivity, with a cohesive rearview camera.

Depending on your needs, a Ford Focus has options that can suit a variety of lifestyles, from weekday commuter to weekend warrior. The Focus comes as a 2-door hatchback or 4-door sedan, with both styles offering more interior room than meets the eye.

First introduced in 2007, the Honda Fit has evolved from a minimalistic approach to offering more options through the years. That doesn’t mean you’ll relinquish in-demand safety features, such as improved body structure and telescoping steering wheel with older models. Customize the amount of cargo room with folding rear seats, while excellent fuel efficiency helps you save on cash.

For more than 25 years, the Subaru Forester has been the right used car for many drivers. While the exterior appearance may not appeal to everyone, the Forester makes up for looks with practicality. Fuel mileage is comparable across four-cylinder and six-cylinder engine options while all-wheel-drive is standard for the 2014 model year and newer.

Among the used car dealerships in Gainesville, FL, Paul West Used Cars is your best choice for unparalleled service, quality value, and ensured reliability. Our team works with you and listens to what you want in a quality used car. With a wide variety of makes and models available, you’re sure to choose the right used car at Paul West Used Cars in Gainesville, FL. Visit us today!