Deciding whether to buy a new or used car is a big decision that requires careful consideration. Consider a lot of factors, such as your budget, driving needs, and even location. However, after reviewing the pros and cons of each type of vehicle, local drivers usually conclude it makes the most sense to buy a used car in Gainesville. Here, Paul West Used Cars shows you the reasons why pre-owned vehicles are the most sensible option. 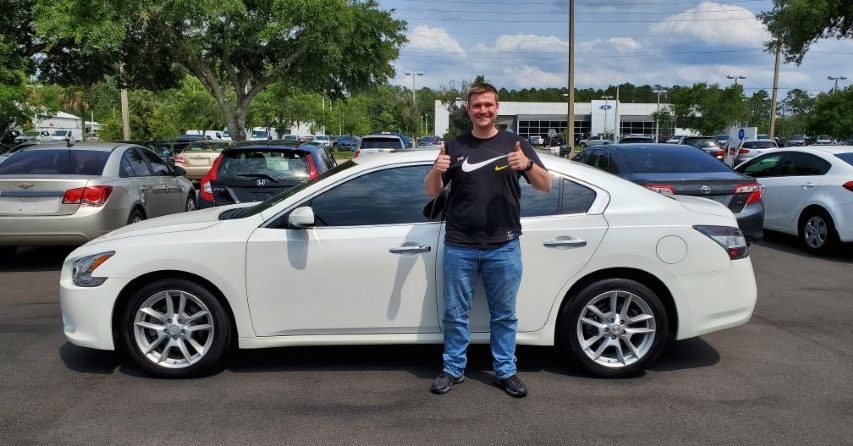 Certain items increase in value over time: antiques, memorabilia, bullish stocks; but cars are not one of them. That said, there are stark differences between the depreciation rates for new and used car values. The moment a new car is driven off the lot, it loses 10 percent of its value. Over the next year, the car’s value drops another 10 percent, and by the end of the fifth year, the car’s value will have depreciated by 60 percent. Of course, there’s something to be said for being the first person to own a particular vehicle, but is that privilege justified by a 20 percent to 40 percent loss in your investment? Few drivers would think so.

What’s more, unless a car was redesigned, two same models manufactured one or two years apart will have only negligible differences in body styles, trim level packages, and interior technology. Yet, because of the rapid value depreciation of new vehicles, the purchase cost of a slightly used car is significantly less. Since used car dealerships in Gainesville carry extensive inventories, you can most likely choose whichever new car most excites you, then find that same make and model for sale in used condition, and save yourself thousands of dollars in the process.

By going to a buy here pay here dealership, such as Paul West Cars, you can finance a used car on location. As you would finance a new car, you start by putting down cash or trade (or both) to pay off some of the purchase price. Then, you’re left with a lower principal (plus any fees or add-ons), which you can arrange to pay off in monthly installments plus whichever interest rate you qualify for based on your credit and financial history.

There’s a correlation between a car’s longevity and whether or not it receives routine maintenance. Regular oil and air filter changes, airing up and rotating the tires, these are simple maintenance steps that ensure efficient, long-term performance. Additional maintenance steps (swapping out a timing belt, for example) can become necessary for certain cars of particular ages. But by and large, the maintenance needs of new and used vehicles are more or less equivalent. Used cars can also have less expensive repairs than new ones in cases where refurbished parts are available.

Performance specifications for cars don’t evolve much from one model year to the next, mostly because the same engines are usually installed for several consecutive years. Consequently, two versions of a particular make and model, one new and the other a year or two older, will have comparable acceleration, torque, and handling. The extra money spent on a new car, therefore, is unlikely to be reflected too obviously in its performance benefits.

The utility of a vehicle, or how it’s used to accomplish chores, is one consideration where a used car has the advantage in most cases. Take a new pickup truck: wanting to preserve the car’s pristine appearance the driver may be less willing to load up the bed with tools or materials or to put the vehicle through off-road terrain. A used truck already has a bit of character, so you have fewer qualms about using that truck for its intended purpose. Overall, when a vehicle is used, some individuals are more apt to use it for practical purposes.

Where Should I Buy?

When drivers are shopping for pre-owned vehicles, they head to Paul West Used Cars for the best selection and friendliest service of any Gainesville used car dealership. We’re upfront about our sales and financing. Our sales team works not to hit their own sales goals but to fulfill your driving goals. Our used inventory is stocked not with cars we need to sell but vehicles you’ll want to buy, from mid-size and compact sedans to trucks and vans. To find your ideal used vehicle, drop by our lot or contact us today.